If you speak Chinese, you already know that my Chinese album name and my English album name are different… but I put a TON of thought into both titles….

Here’s why it worked out this way:

I’ve mentioned before that my Grandma and I would often talk through WeChat when I was living in China. I would stay up really late and call her in the middle of the night, which would be the morning or afternoon her time. My Grandma came up with a cute little nickname for me: she called me her “little China doll”. She called me this because she knew how much I loved living in China and also it conveyed how precious I am to her. It was sweet and wonderful and always lifted my heart.

So, I knew I wanted to honor my Grandma by calling my album “The China Doll” – but in Chinese, “China Doll” or “Porcelain Doll” is “瓷娃娃” (Cí wáwá) and if you speak Chinese you may already know that this term is associated with people who have an extremely rare disease of the bones. (in English: Osteogenesis imperfecta) I wanted to be sensitive to people who may have this disease, and was worried about offending them by translating my album name directly… so, I came up with a solution. I’d call my album 洋娃娃 (Yángwáwá) – which denotes a doll of western appearance as opposed to a doll made of porcelain.

It seemed fitting since I’d already been called a doll on CCTV.

But more significantly to me personally, when I did volunteer work with a group of children at a school for the blind, I learned a popular Mandarin children’s song “洋娃娃和小熊跳舞” (Yángwáwá hé xiǎoxióng tiàowǔ) literally: The (western) doll and the little bear dance. I played the song on guitar for the children at the end of this video here:

Working with this awesome group of kids was one of my favorite experiences from living in China. What better way to celebrate that than by naming my album something that reminds me of my time with them?

So… the idea of the 洋娃娃 (Yángwáwá) has an emotional significance for me personally from one of my happiest and most profound memories in China. I connected these things together to decide on 洋娃娃 (Yángwáwá) as the Chinese name of my album while keeping my Grandmother’s nickname for me “The China Doll” as its English counterpart.

You can get this album 洋娃娃 / The China Doll pretty much wherever music is sold starting September 20th, but it’s available for pre-order now. On iTunes and Apple music you can search it by the English name “The China Doll” on other platforms, you have to search it with the Chinese name 洋娃娃.

Here are the direct links to make it easy:

I really hope you like these songs <3 Thank you for reading my blog! 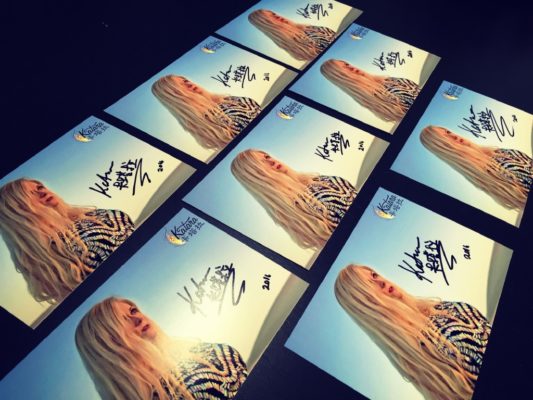 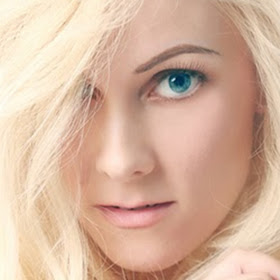 Katara is an American songwriter who writes original songs in both English and Mandarin Chinese.

Throughout mainland China and Taiwan, Katara’s television performances have been viewed by millions of people. She has been seen on Zhejiang SatelliteTV’s hit program “The China Dream Show”, CCTV’s “Loud Echo”, Taiwan Television’s “Super Star”, and more.